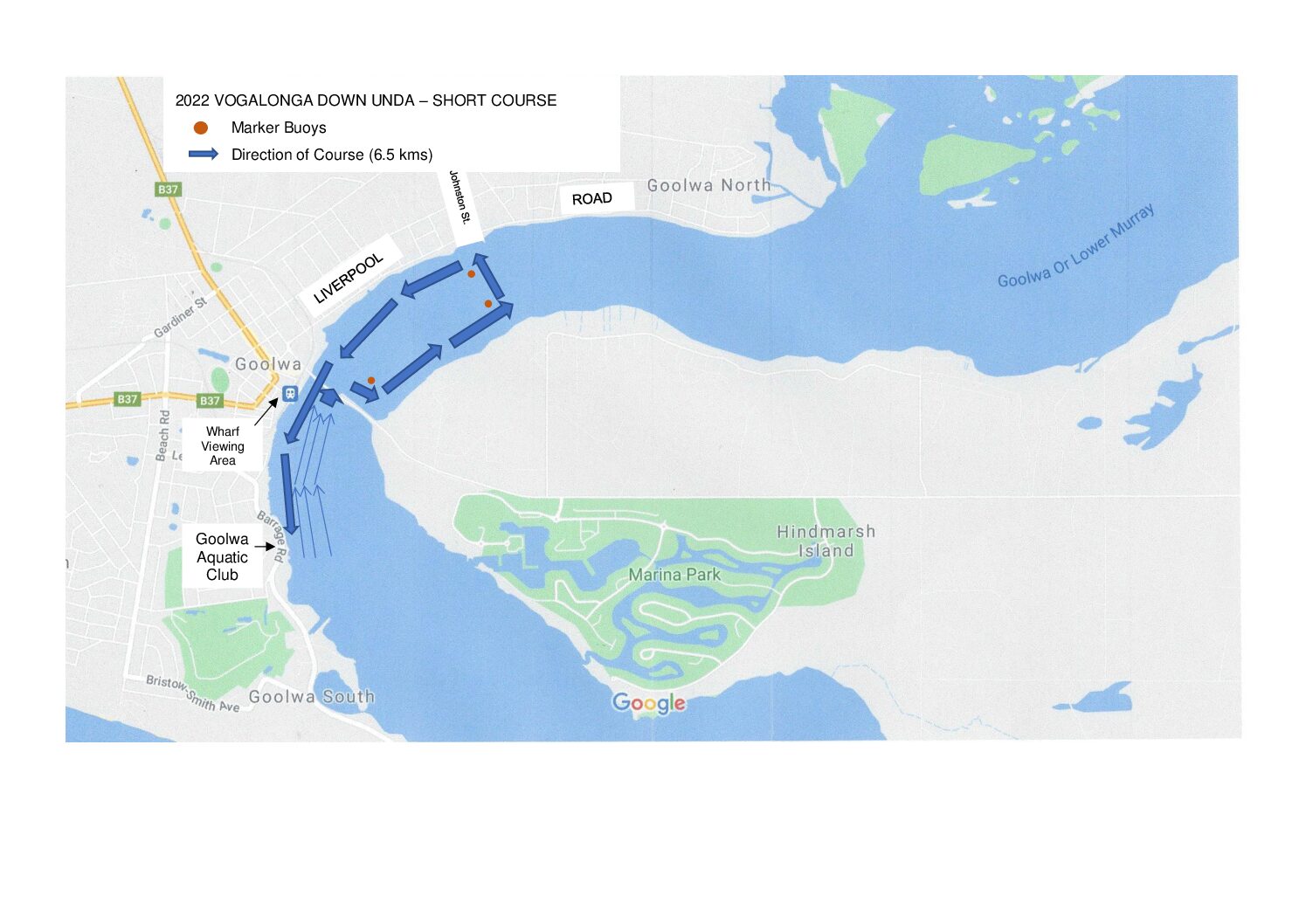 All participants, regardless of their chosen course, will take part in a slow ceremonial parade from the Goolwa Aquatic Club to the Hindmarsh Island bridge at the start of the event. This parade will provide any on-shore spectators with a colourful spectacle involving the wide variety of participating craft. To maximize the impact of this spectacle, all craft in the flotilla will need to keep together as much as possible for the duration of the parade.

Under the direction of the Master of Ceremonies, starting from the GAC with everyone keeping together and following behind the lead escort boats, the flotilla will continue as close as possible to the PORT (left hand) side of the Goolwa Channel all the way to the Hindmarsh Island bridge.

Once the Vogalonga fleet has arrived in full at the Wharf Precinct, the Master of Ceremonies will facilitate an Alza Remi – a ceremonial ‘raising of the oars’ (or paddles and arms) salute to Venice and Goolwa. After the salute, the flotilla will pass under the bridge before crossing the Goolwa Channel to the STARBOARD (right hand) side of the Channel to then continue on your chosen course.

A Closed Waters permit will be obtained to facilitate this ceremonial aspect of the event given that the parade will travel along the PORT side up to the bridge.

All participant craft are to remain behind the designated lead vessels for this SLOW leg from the GAC to the Wharf precinct and follow the instructions of the Master of Ceremonies at all times.

Tell your friends that there are plenty of fantastic spectator viewing locations, especially the Goolwa Wharf and the south walkway of the Hindmarsh Island (Kumerangk) bridge from which to view the parade.