The Vogalonga Down Unda is privileged to have the support of volunteers from the Armfield Slip with their famous Storm Boy boats. 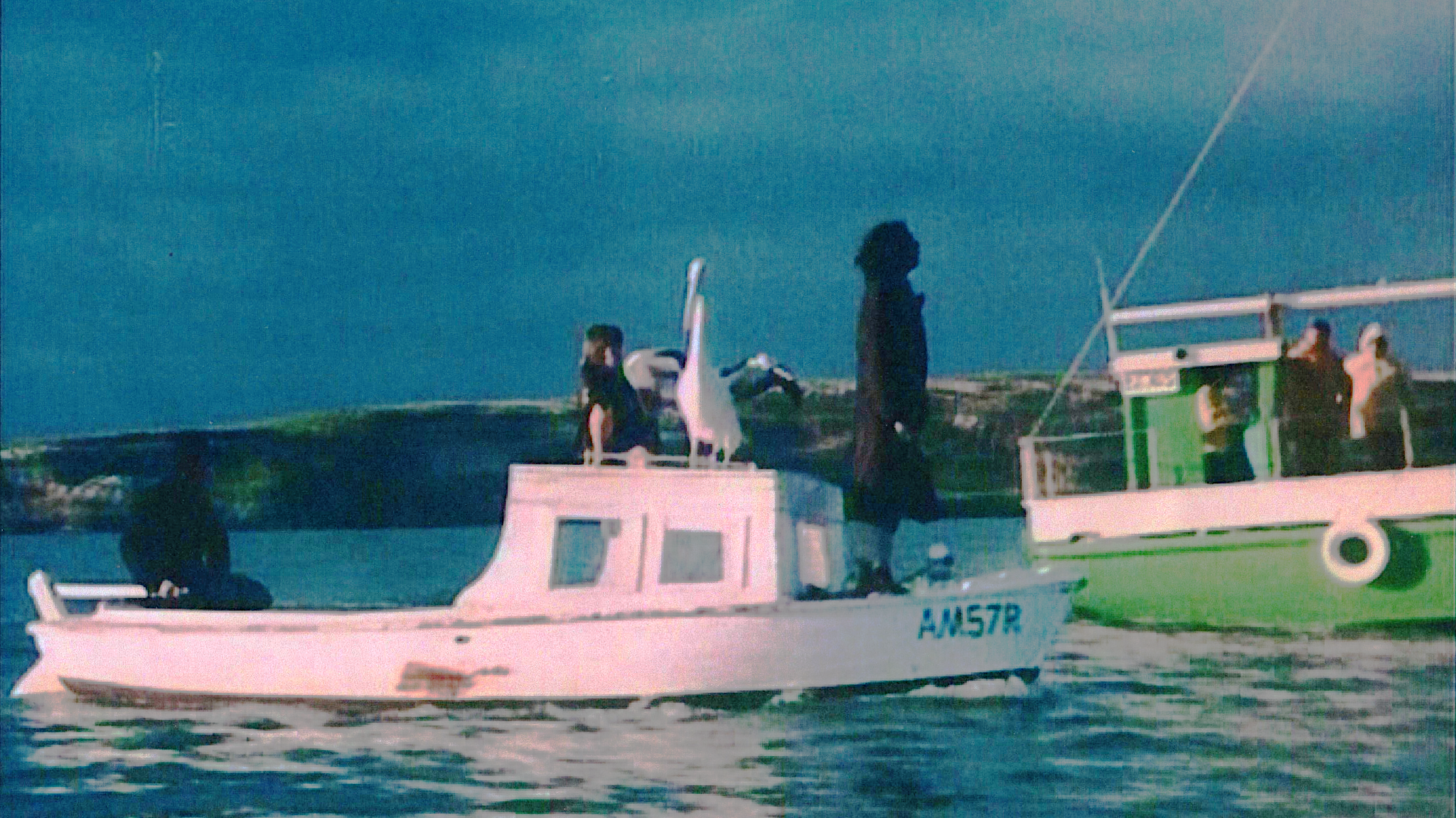 HideAway is the original fishing boat used in the 1976 film, Storm Boy, produced by the SA Film Corporation. It was shot in and around Goolwa and the River Murray.  In the film, HideAway is owned by Storm Boy’s father, Hideaway Tom, who lives in a fishing shack on the shores of the Coorong.

The film starred Greg Rowe, Peter Cummins and David Gulpilil as well as a group of pelicans including the heroic Mr Percival.

HideAway is believed to have been built in Goolwa as a fishing boat somewhere between 1930 and 1940 and was originally a sailing boat. She is 5.6m long. As is often the case, the mast and rigging were eventually removed and an inboard engine was installed. The engine in the boat now is a single-cylinder, two-stroke.

After the making of the film, HideAway gradually fell into disrepair until she was rediscovered by volunteers from Armfield Slip on the banks of the River Murray.  The restoration of the boat took the volunteers about four years to complete and she is now used for demonstrations. Subsequently, the cabin has been replaced by one which Armfield’s volunteers built to more closely resemble the film version, although for practical reasons it’s less ramshackle and more robust.

HideAway is now used for demonstrations and activities related to the Storm Boy films and continues to delight young people. 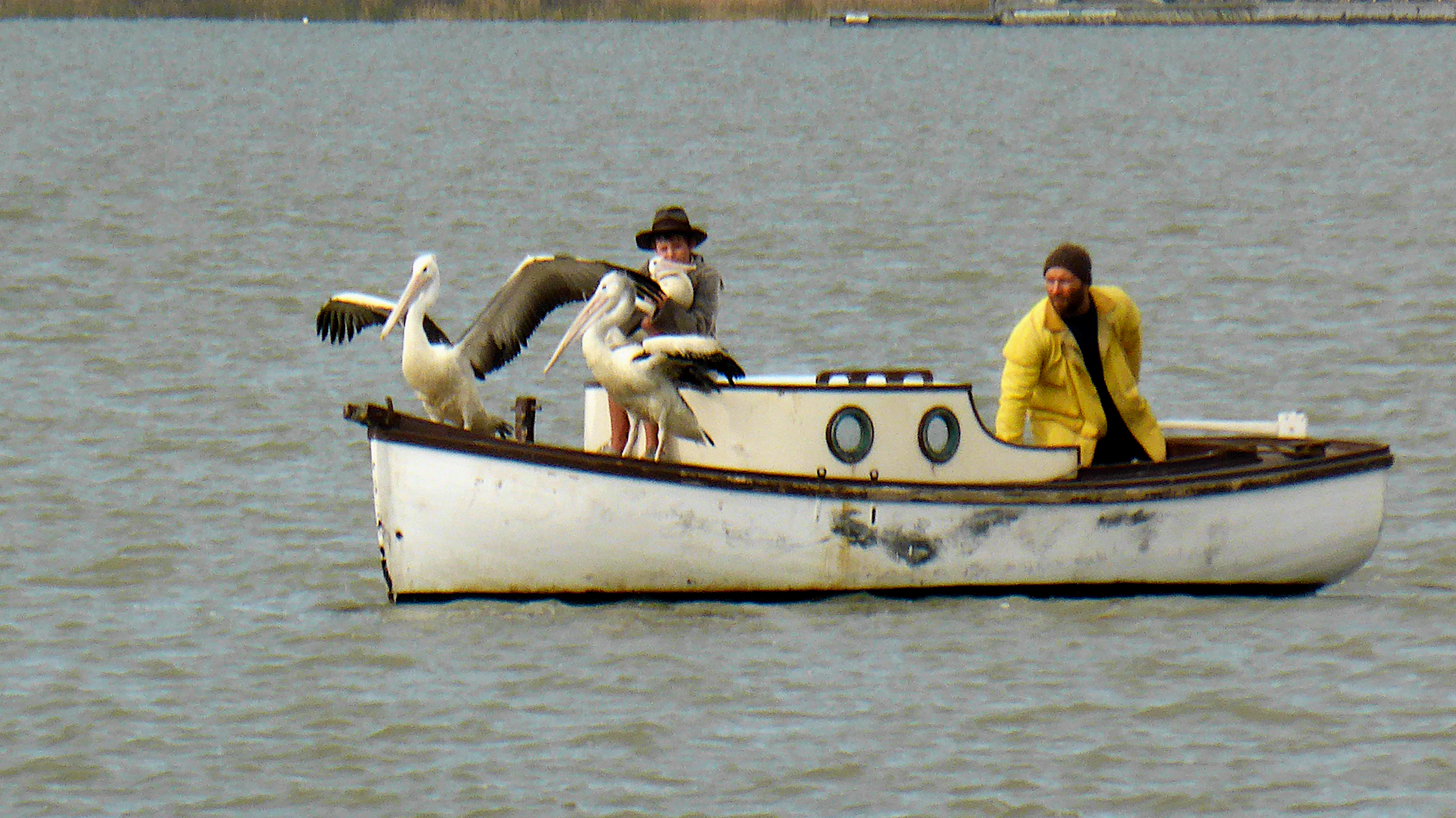 When makers of the 2019 Storm Boy film sequel began their production processes they decided they wanted a “new” boat to go with the flash-back scenes.

Armfield Slip was involved in the initial search for a suitable craft but eventually Meralte was located by the producers on Kangaroo Island and purchased. She was built by Searle Bros of Port Adelaide about 1950 for Stan Tebble, of Cape Jervis and used for day-trip fishing.  As was the case with the original 1976 Storm Boy film boat, Meralte was built with a mast and sails but also had a motor.

In her early life she passed through several hands and eventually fell into disrepair until 1998, when Harry and John Turner bought and restored her over several years. A new single-cylinder Yanmar IGM10 diesel engine was fitted in 2010.  The only problem for the film folk was that Meraltewas an open boat and they wanted something with a “period” cabin and sought Armfield’s help in designing and constructing something suitable.

There were plenty of boats around Goolwa – including the Armfield classic, Gladys – from which to derive inspiration.

Plans were drawn up by the Armfield volunteers and the work was done in a tight, three-week time frame. During the construction there were several visits by the film’s producers, on one occasion they arrived with the pelican trainer, an unimpressed pelican and a young boy with whom the bird was familiar. Bird and boy were posed on the boat to obtain filming perspectives.

At the completion of the construction props men arrived to make the boat and cabin appear suitably weathered, using mud from the river sprayed on to wet paint to add to the effect.  At the conclusion of filming the producers graciously offered Meralte to Armfield Slip and she was eagerly accepted to join our fleet which includes HideAway, the fishing boat from the 1976 Storm Boy film. 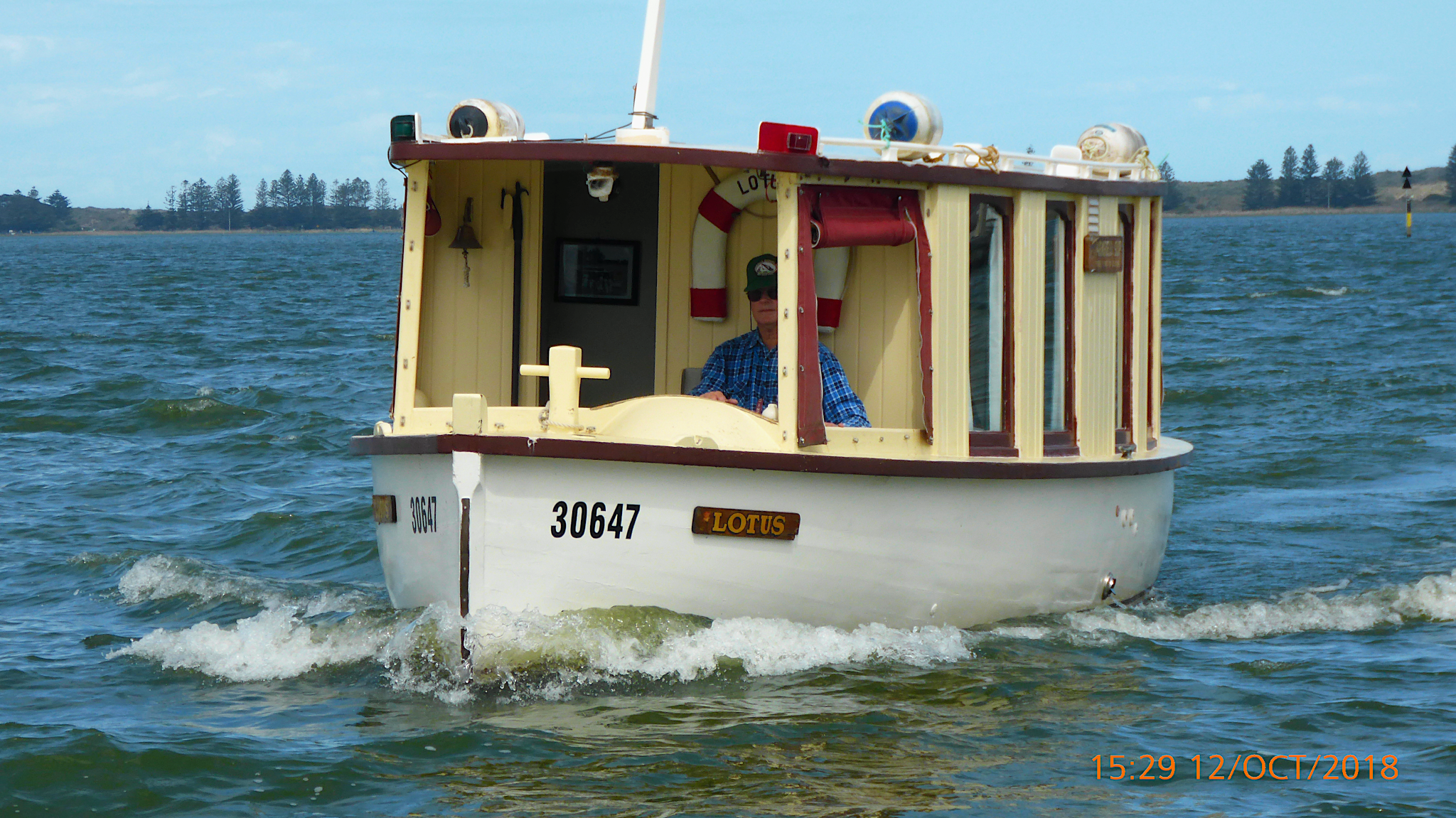 LOTUS – Pride of the Armfield Fleet

Lotus, a century old, 30ft long classic river boat, was meticulously rebuilt over three years by volunteer members of Armfield Slip who worked from old photographs to bring her back to her former glory.

The hull was built for the Robertson family of Chowilla Station in 1910 and was transported there aboard the paddle steamer Gem. The cabin was fitted out by Mr Robert Robertson who used cedar for panelling and window frames. One of Mr Robertson’s sons, Doug, installed an Argyle-Astor car engine. This was subsequently replaced by an American Grey engine. The cedar structures, still in good condition, were retained during the Armfield restoration.

The original spruce planking below the waterline rotted and in 1926 was replaced with jarrah.

Lotus was used both as a pleasure and work boat well into the latter half of last century until she was lifted out of the water and parked on the banks of the Murray near Chowilla Station.

She was discovered there by Armfield Slip then chairman, the late Peter Reedman during a river trip in 1998 and through the connections of another venerable member, Tom Jones, the craft was donated to Armfield by Robertson descendants Steve and Jacqui Lang in 1999.

Before the trip back to Goolwa the immensely heavy Grey engine was removed.

Lotus was in a sorry state when she arrived at Goolwa with extensive rot in her planks, ribs and cabin although the original cedar was in good condition.

Funding was partially solved with a generous $4000 grant from the National Maritime Museum. After a careful assessment it was found that the jarrah planking could not be re-used so the hull was re-planked with a double-layer of Hoop Pine, treated with epoxy. Some 594 metres of caulking cotton was used in the traditional method of sealing the gaps between the planks.

A marinised four-cylinder Morris petrol engine of 1930s vintage this was installed although the original Argyle motorcar steering wheel is still in place. (More recently the old motor has been replaced by a modern Yanmar diesel engine.)

After three years of intensive work Lotus was recommissioned in July 2004 in the presence of grandsons of the original owner Ben and Lewin Robertson, boat donors Steve and Jacqui Lang and other members of the Robertson family.

Subsequently the boatmade the 1194km river journey to Chowilla Station and back for the property’s centenary celebrations as well as other up-river trips for a number of boating festivals.